FINALLY, A VICTORY FOR ALL IMMIGRANTS!

FINALLY, A VICTORY FOR ALL IMMIGRANTS! 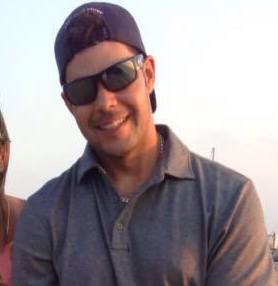 A Brazilian Immigrant, living and working on Martha's Vineyard for 16 years, received a nearly undisputed victory from the U.S. Supreme Court this past Thursday. In the case of Pereira v. Session ,which involves a Brazilian native that did not receive a specific time and date to show up for a deportation proceeding.

This decision has the potential to affect thousands of other immigrants living in the country without authorization and for those that have an order of deportation.

In the 8-1 decision, overwhelming in favor of Wescley Fonseca Pereira against Attorney General Jeff Sessions, the court decided that if an unauthorized immigrant's "notice to appear" (this is the original charging document, something like a Summons) in immigration court fails to clearly state the specific date, time and place  that the non-citizen must appear in court, , then it's not a valid "notice to appear" and it doesn't stop the clock on the non-citizen's "continuous physical presence" in the U.S. In other word the original notice is defective and the court loses its jurisdiction over the case.

Here's why this is important: If you're an immigrant residing in the U.S. without permission. a clock starts ticking the second you enter the U.S. If your clock reaches 10 years, then under various circumstances, you could be eligible to apply for what's called a 10-year cancellation of removal (the 10 year law). The government, however, has always said that once a "notice to appear" is issued, it activates what’s called a "stop-time" rule and this clock no longer accrues more time. On Pereira’s case, when he went to court, even though he had been here for more than 10 years he was unable to accumulated the required 10 years because the NTA was issued many years earlier and could not apply for Cancellation of Removal (the 10 year law) because of the "stop-time" rule. The Supreme court decision changed everything.

The Court in Pereira said that if the original charging document (The NTA) is  not properly prepared, by including the date and time of the first hearing, it failed to give the immigration court jurisdiction over the case. And if the NTA is invalid, all notices that follow are also invalid.

What his means is that if anyone has an order of deportation or removal, he or she should contact an immigration lawyer immediately, in order to reopen you case and help you too obtain your legal status in the U.S.

This we could call a “once in a lifetime “ opportunity.

Showing now
FINALLY, A VICTORY FOR ALL IMMIGRANTS!